If you want to design a website then you might think about using Adobe Dreamweaver to do this. The program certainly has a lot to offer and if you are a novice then the WYSIWYG editor makes the whole process very easy. If you know your HTML and CSS code then you can use this directly if you want as well.

A lot of website designers swear by Dreamweaver and will tell you that they would never use anything else. They believe that Dreamweaver is the “industry standard” for web design because you can do so much with it. You can manage websites effectively and if you are a coder then the debugging tools are excellent.

But there are a few issues with Dreamweaver. The first of these is the cost. It is going to be hard for you to get your hands on the program for less than $300 and upwards. You can’t use Dreamweaver on your smartphone or tablet either.

These issues prompted me to take a look at what else was out there when it came to web design. After all, not everyone needs all of the functionality that Dreamweaver provides. So I had a look at the alternatives and I now present you with your top 10 Dreamweaver alternatives.

If you are a code enthusiast and you want to code directly to create great websites then the Coffee Cup HTML Editor is a good Dreamweaver alternative. It supports HTML5, CSS3, XHTML and PHP. However, it doesn’t support XForms, Xpath, Java or MathML. Coffee cup HTML editor will only run on Windows computers.

There is a good auto-completion function for code which is similar to Dreamweaver. It will provide you with auto-suggest tags. With Coffee Cup HTML Editor there are three edit options you can use which are visual, code and preview.

Coffee Cup HTML Editor has been around for a long time and I found it really easy to use. I’ve some knowledge of website code and was able to test this out with the application. It offers a lot for a small price and is a pretty good alternative to Dreamweaver.

One of the best Dreamweaver alternatives for building business websites is NetObjects Fusion. This is an ideal website builder application if you have no knowledge of web code and no desire to learn it. It only works on Windows computers.

READ ALSO:
10 Best Illustrator Alternatives You Need To Know About

I liked the way that NetObjects Fusion looks and feels. The interface is drag and drop and it really is easy to add different elements to your website. There are also some very helpful site wizards and you can actually build a good looking website in 3 simple steps. There are many templates that you can use for your website.

When you purchase NetObjects Fusion you have access to the NetObjects CloudBurst. This will provide you with access to website templates, site styles and free images. I’ve some experience of web design but I firmly believe that a novice can build a good website with this application.

OK this is the first of my free Dreamweaver alternatives for those of you that like to create websites using code. You can use Aptana on your Windows, Mac or Linux computer and you will be happy to know that the application supports common languages used for web coding such as Ruby on Rails. You can also develop iOS applications as well.

You need to be confident with web code to use Aptana as there is no WYSIWYG functionality. There isn’t even a spell check feature and there is no support for Xpath, RSS or atom either.

If you are adding JavaScript or PHP code then there is a debugging feature but it is not as good as Dreamweaver because there is no recognition of objects. Windows users have an Internet Explorer preview facility but this is not available in the Mac or Linux versions.

This is another open-source web editor for programmers that is a viable Dreamweaver alternative. You can use Bluefish on Mac, Linux and Windows and it really is for programmers only as there is no WYSIWYG feature. You can’t perform shared editing either.

What you can do is develop in HTML, CSS and XHTML and more. It supports other web code as well such as Shell, Google Go, Ruby, ColdFusion and Vala. When I was using Bluefish it crashed and I was impressed that it auto recovered the changes I had made.

There is a spell-checking feature with Bluefish and you can do server-side scripting and preview your page before you publish. To publish there is an FTP upload feature. Although I experienced one crash it was pretty stable after that.

So here is a free WYSIWYG web editor that is a good Dreamweaver alternative. OpenBexi has a browser interface and will work on Linux, Mac and Windows operating systems. I had a lot of fun playing around with OpenBexi and I found its drag and drop functionality really nice.

READ ALSO:
The 9 Best Free Antivirus in 2020 For Your Windows PC

The idea is that you can drag and drop different widgets into your web pages such as text, images, graphs and so on. There is an FTP upload feature and you can also use server-side scripting.

A big negative for me with OpenBrexi was that I could not get some objects to work properly that I added to a page and the only answer to this was to use a server. The tutorials for this application are good and there is support through a forum.

Although the final release of Microsoft Visual Web Developer occurred in 2017 it is still a pretty good Dreamweaver alternative. You can choose to use the code view if you are a programmer or the WYSIWYG view if you are not.

I have used the Microsoft Visual Web Developer before and there is a lot that I like about it. It is similar to Dreamweaver in its editing features although there is no support for XForms or SVG. There is no color coding for syntax which can make things difficult.

You can drag and drop when you use the Microsoft Visual Web Developer. Testing of dynamic web pages is easy as you get a local testing server with the development app. You can preview your pages with the Internet Explorer tab. This is application is for Windows users only.

I’ve included Kompozer as a free Dreamweaver alternative even though there is no support for it anymore. Despite its discontinuation, people continue to download it thousands of times every week and it is one of the most popular free web design applications.

I’ve used Kompozer for years to create simple websites and make edits to existing pages. There is a WYSIWYG editor that is not much different to that offered by Dreamweaver and there is a code editor and preview facility too.

It’s really easy to use Kompozer. OK it doesn’t support RSS, Atom, server-side scripting, SVG and other features but if you just want simplicity then it’s just right. There’s FTP uploading built-in and a useful color picker for hex codes.

BlueGriffon is another sound Dreamweaver alternative that has a free version and two paid versions. There are versions for Windows (both 32 bit and 64 bit) and the Mac. It has a great WYSIWYG editor that makes web design really easy.

BlueGriffon is based on the Firefox rendering engine and it supports HTML5 and CSS3.  I really liked the interface and found the WYSIWYG editor to be very intuitive. You get many features with the free version and it is probably enough for most newcomers to web design.

BlueGriffon looks and feels a lot like Kompozer which is probably why I like it a lot. The free version does not include an FTP upload facility which is a bit disappointing. If you want to get more serious about your web design then the paid versions are worth a look too.

The last version of SeaMonkey was at the end of 2016 but it is still available as a Dreamweaver alternative. This open-source web editor has become better and better since it was first launched in 2005.

There is a version of SeaMonkey for Mac and Linux but these could be hard to find now. If you are a Windows user then you will have no problem getting the last version. The web design application in SeaMonkey is “Composer” which has HTL5 support as well as CSS support.

This is not a WYSIWYG editor and you will require some coding knowledge to create web pages. OK, it does not have the sophistication of Dreamweaver but if you want to learn HTML then it is a good option.

10. TOWeb – Free with ads and premium starting from around $55

My last Dreamweaver alternative is TOWeb. A lot of TOWeb users believed that the version of the application launched in 2015 was the last but the company has now come back with version 7. I like TOWeb because it is a WYSIWYG editor that lets you add interactive elements to your web pages.

There is HTML5 and CSS3 support in the latest version of TOWeb. You get access to many templates to use for your site design and you can even create an online store. I have used previous versions of TOWeb and this new version is just as good.

The only problem is the pricing. If you only want to create one website that is less than 10 MB in size then the free version will do it but there will be ads on your website! The Premium license for around $55 has no ads and you can create 5 websites without any file size limits.

So Which Dreamweaver Alternative?

I’ve provided you with a mixture of Dreamweaver alternatives that require coding knowledge and others that don’t. If you are new to web design then NetObjects Fusion is a very good web design application but it does come at a price (a lot less than Dreamweaver though).

All of the free options have certain limitations but some are better than others. If you want to get your hands dirty with code then give Bluefish a try. For those of you that need a WYSIWYG editor, the free version of BlueGriffon won’t disappoint you.

Deal of the Day 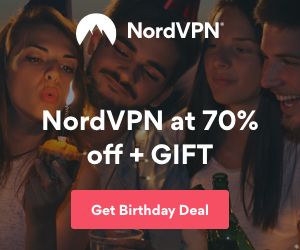