4K screens on laptops have been a bit of a controversial subject ever since their debut. While some will vehemently argue that 4K makes no difference in a small laptop screen, others will defend it by claiming it grants you creative superpowers.

So, if you’re out in the market for a new laptop, you might find yourself wondering ‘do I need a 4K laptop for video editing?’ then I’d say these screens are certainly amazing, especially so for people working in the creator workspace.

But they also come with their own downsides. So, here’s what you need to consider when buying a 4K laptop.

4K is the term used to describe a display resolution of 3840×2160 pixels. Also referred to as UHD, it has exactly 4 times the number of pixels that a regular FHD screen has. All these extra pixels increase the pixel density of the screen to make it sharper with smoother graphics and text.

The popularity of 4K screens began in 2014 and 2015 once 4K TVs became affordable to the general population. Right now, many videos are shot and produced in 4K, with some creators reaching for even higher clarity.

Although 4K is still a far cry from becoming the industry norm, you’ll find more and more people willing to transition to it. 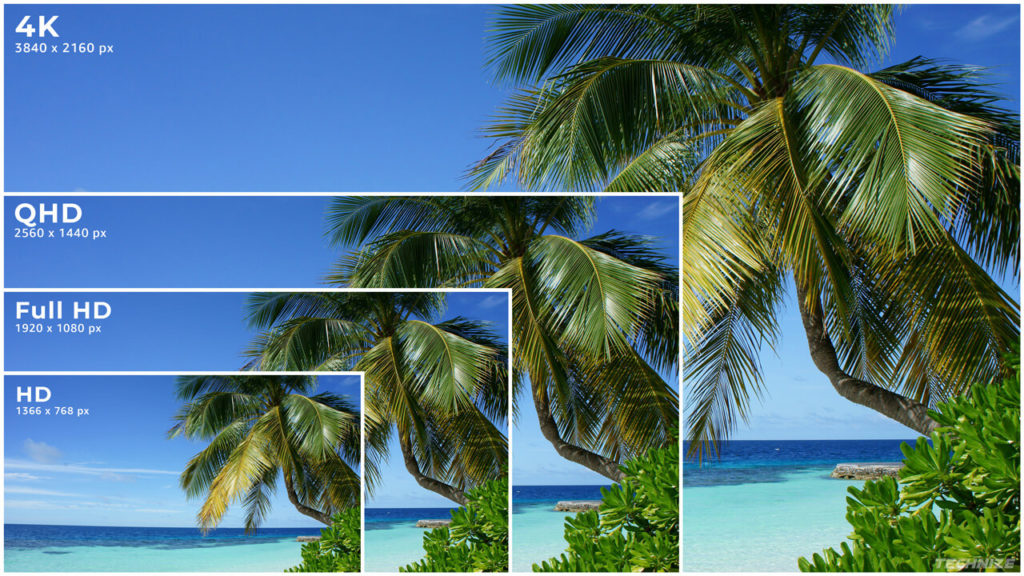 With the increasing prevalence of 4K footage nowadays, many creators find themselves worried over whether or not they need a 4K display to work on the said footage. Having a 4K monitor will give you the ability to edit in native resolution, provided that your hardware is powerful enough.

At a lower resolution, on a laptop no less, it can sometimes be difficult for you to notice visual issues like crushed details, banding, elevated noise floors, etc. Having a 4K screen in your lap will give maximum accuracy while editing.

Bear in mind that 4K essentially means that you are looking at 4 times the information of a regular FHD video. When you edit a 4K video on a 1080p laptop, the footage is condensed down to the highest resolution supported by the display.

Depending on what you’re working on, you might find yourself having trouble identifying problems. Working on native 4K eliminates that possibility. Moreover, the added real estate that 4K provides is a godsend when doing multiple types of edits.

The color grading stage is where a 4K monitor really shines. Different resolutions display colors differently. Having a 1:1 pixel mapping between your monitor and the footage will allow for a truer viewing experience.

This is why it’s recommended to work at a resolution higher or equal to that of your project when compositing, correcting, and grading colors. If you’re going to be working on 4K footage on a professional level, it’s generally recommended to invest in a 4K display.

Can You Edit 4K Videos without a 4K Laptop?

Editing 4K footage isn’t exclusive to 4K laptops. A 1080p screen is enough for editing videos. The preview footage in the timeline will usually be a lower resolution anyway.

This essentially gives you faster performance while editing since low-res files render faster in your editing software.

Should You Invest in a 4K Laptop?

4K laptops come with their own cons. If you’re only going to be working on 1080p videos with the occasional 4K video here and there, you might want to hold off on investing in a 4K display.

Besides, 4K laptops have become more popular in recent times, but depending on the size of your laptop, 4K might be overkill.

The advantages that come with 4K are fairly niche. Unless you fall in that niche, even when editing 4K videos on a regular screen, you won’t see a difference until you play the footage during the final playback.

4K laptops also require more resources to run, which will hurt your performance. As a result, you’ll have to invest in more powerful hardware to run the system.

The additional pixels will also burn through your battery faster, reducing the laptop’s battery life. Last but most importantly, 4K laptops come with a pretty hefty price tag.

If you’re not willing to break your bank while buying a laptop for video editing, you might want to stay away from a 4K laptop and instead invest in a different feature for your display that will ensure a better return on your investment. When choosing a screen for your laptop, the list of priorities should be:

4K laptops are certainly an absolute wonder of human innovation. So, do I need a 4K laptop for video editing? I personally would invest in a secondary 4K monitor instead of buying a 4K laptop. But if you want the best out there and have the money for it, you won’t be regretting it.

How To Use An External DVD Drive On Laptop

These days most companies are aiming for a minimalist approach when designing their products. As such, things like DVD drives are being phased out. We doubt if this change is making our user experience any [read more…]

Is It Worth Getting A 17-Inch Laptop, Or Are They Too Big to Work On?

We shift to Laptops because they are compact enough, and it is easier to carry them with you, yet versatile enough to run the applications you want. You can do your serious work without being [read more…]

How Do I Check My WiFi Speed on My Laptop?

You are paying a certain amount based on the connection speed. Let’s say you have a 1 Gbps internet connection. Are you getting the Wi-Fi speed you paid for? You should know how to check [read more…]