For more than a decade, the smartphone wars have been between two different factions. Apple users vs Android. There has not been any third party that has been able to successfully siphon off any of those fans.

that is until now. At least potentially. There is a new blockchain based smartphone that is hitting the market. Since blockchain technology has disrupted industries like finance and logistics, it makes sense that a smartphone wouldn’t be far behind.

How does a smartphone work? Is it the right smartphone for you when you find yourself looking for a new one?

In this article, we will go over how it works so you can decide for yourself if you think it’s a good idea.

What is the blockchain?

For those new to this technology, the blockchain is essentially a ledger that records transactions. But, it works without using any one particular server or servers as a normal ledger would. In essence, it is hosted on any computer being used by people using the blockchain. So it has an immutability that other platforms don’t have. A hacker, for example, couldn’t change any of the transactions since it would be seen on every other computer on the chain.

Every transduction has to go through a verification process that is encrypted. This makes it bulletproof and able to claim the highest security possible.

It started out as a way to create a currency that would be safe to use without being issued by any authority like a bank or government. It was simply a way for you to exchange your ETH/BTC for cash or vice versa.

Now, it is used for that plus things like computing for supply chain logistics or even hosting smart contracts.

To sum up, the blockchain has no master copy that can be manipulated and is totally transparent to anybody who wants to see the information it contains.

How the blockchain works with a phone

On the Ethereum blockchain there are nodes which are able to be built upon. These are called decentralized applications and it is where your phone software will be built. This will enable the phone to work across a peer to peer network rather than a centralized one that would work on a private network owned by a mobile provider.

It looks like the mobile provider world is about to be shaken up since this would mean that they could one day become obsolete. You wouldn’t have to sign up with a provider to use the phone. It would work by each phone being essentially a hotspot and anchored securely on the blockchain so it can’t be manipulated.

It also would work as a digital wallet where you would store your bitcoin or other cryptocurrency so you have easy access to it.

Then, you can use your smartphone to pay for things in real time using your cryptocurrency and not fiat cash. This allows cryptocurrency to be easier used and may become more mainstream as a result.

*This article has been contributed on behalf of Paxful. However, the information provided herein is not and is not intended to be, investment, financial, or other advice. 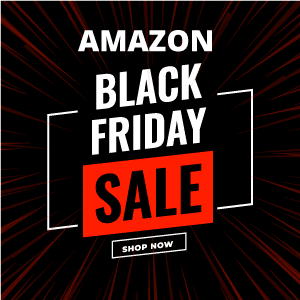