Previously with just one MacBook Pro version, there weren’t too many options to choose from. However, the scenario has changed with the release of 2 new MacBook Pros. Nonetheless, when buying the M1-powered MacBooks, you may get overwhelmed thinking about which one to get.

Fret not! That’s why I’m here. And in this Macbook Air M1 vs. Macbook Pro M1 article, I’ll illustrate which one is the right pick for you.

If I’m talking about value over anything, then hands down, the MacBook Air is the winner. It has a bit of everything that an everyday consumer needs. Or, if you’re someone who wants cutting-edge technology and uncompromised computation power, then the Pro versions are for you.

MacBook Air can be a get-go choice for anyone. Thanks to the M1 chip, the laptop is extremely fast and responsive. To boost the computational performance even further, it comes with 8 cores.

Whereas the 7-core GPU significantly boosts up its graphical performance.

Furthermore, it comes with 8GB of RAM that allows the laptop to handle multiple applications smoothly.

As far as the storage goes, it features 256 GB of SSD that’ll be sufficient for storing any essential data.

According to apple, you can get a maximum of 18 hours of battery life.

Like the Air version, it does come with an 8-core CPU which is fast nonetheless.

Equipped with 8GB of RAM, it can handle multitasking pretty well. The additional perk you get is increasing the RAM capacity up to 16GB.

On the GPU side, it features an integrated 8-core GPU that can tackle any graphical overload.

If you choose the 256 GB variant, you can extend the space up to 2TB. There’s also a 512 GB version available.

The most noteworthy feature of this MacBook is the inclusion of an in-built fan, which is absent in the Air version.

Keeping the professional in mind in 2021, Apple introduced the 2 latest Pro versions to the consumers.

Apart from that, the storage capacity of the 14-inch variant is 512GB which can be expanded up to 8TB.

Featuring 1TB of storage, the capacity of this model can also be extended up to 8TB.

Both variants have 16GB of RAM and a peak brightness of 1600 nits. You will get up to 17-hours of battery life.

Other notable advantages are that you will get 4-thunderbolt ports. HDMI port, MagSafe 3 port, 3.5 mm headphone jack, and an SDXC card slot on these MacBooks.

Here’s a quick comparison to help you understand the differences between the Macbooks:

Let’s take a deep dive and look at the difference closely.

All the MacBook Air and Pro variants come with a machined aluminum shell and have a few color options: Space Grey, Light, and Dark Silver. Note that the Air has a gold color option available.

All of them have a tear-drop design. Surprisingly, the Pro 14-inch and 16-inch versions are slimmer than the previous generations.

Besides, all the M1 chip-powered laptops are extremely portable and lightweight.

Both the 2020 MacBook Air and Pro version screens are colorful and sharp. The brightness of the Air can reach as far as 365.8 nits, whereas the Pro can reach 434.8 nits.

On the other hand, the MacBook Pro 14-inch and 16-inch versions are brighter than their predecessor. Thanks to the mini-LED technology, the details look more vivid and crisp. Furthermore, because of the 1000 nits brightness, you’ll have no problem working in daylight.

Last but not least, both these MacBooks have a 120hz refresh rate which makes your viewing experience more smooth.

Plus, they both include two Thunderbolt 3 ports.

You’ll notice quite a difference in performance is also. The first-generation M1 MacBook Air and Pro came with 8 core CPU. So, for the computational performance, there was barely any difference.

In contrast, the new 14-inch and 16-inch Pro models come with increased cores. The 14-inch variant has an 8-core CPU, but they’re much more efficient and faster than the 2020 versions.

Alternatively, the 16-inch version comes with a 10-core CPU which, needless to say, outperforms all the other MacBook Pro models.

MacBook Air utilizes a 7-core GPU in its based variant model of 256GB SSD, whereas the 14-inch MacBook Pro model features 14-core GPU, and the 16-inch packs a 16-core GPU in the vanilla models.

You’ll notice tremendous graphical performance is far more impressive in the pro models. Accomplishing any photoshop or video editing task can be done swiftly. You can also play games, but they might not feel as optimized as you’d want them to be.

Let’s take a look at how they perform in some of the benchmarks:

You can see that in the performance, Geekbench 5.4 MacBook air wins by a slim margin. In the PugetBench Photoshop benchmark, the Air version also takes the lead.

But in CPU and GPU-intensive tasks, the MacBook Pro(2020) takes the game away from Air. In video transcoding, where we converted a 4k file into a 1080p file, the Pro took only 7:44 minutes compared to Air’s 9:15 minutes.

You’ll be glad to know that the Air MacBook comes with a 256 GB SSD that can be extended up to 2 TB.

The M1 Pro (2020) and Air have a built-in 720p FaceTime HD camera that makes everything look bright and clear.

M1 Air and Pro come with a special backlit Magic Keyboard. These variants will have 78 or 79 keyboards, 2 functions, and 4 arrow keys.

Both MacBooks feature Touch ID, making it a lot easier to use.

You can force-click, scroll, and draw sensitive objects with the TrackPad’s pressure-sensing function.

Due to the fast and efficient SSD inside the M1 Macbooks, the temperature will remain between -13°F and 113°F. These devices work even at altitudes over 10,000 feet.

Thanks to Apple’s phenomenal silicon efficiency, the battery life of the M1 MacBooks is bonkers.

As for the latest pro models, you can get a maximum of 17 and 21 hours of battery life for the 14-inch and 16-inch versions, respectively.

On the other hand, the M1 MacBook Pro 2021 comes with a 70wh lithium-polymer battery and a 67w charger.

M1 MacBook doesn’t run on typical x86 architecture. Instead, it uses Rosetta 2 named simulator to run all the apps.

Initially, the apps weren’t solely optimized for the M1MacBooks, so there was a bit of a performance drop. But day by day, many apps are being optimized for M1 MacBooks, such as the adobe software, chrome, Mozilla, Microsoft apps, docker, software development tools, zoom, and many others.

No matter how you look at it, the Air version is the winner of the pricing segment. At a price of just $999, you get unparalleled performance and neat features.

If I talk about the latest pro versions, these are more well-suited for professionals.

Even though they cost a hefty amount of money, their pricing is justified. You get a super fast and efficient CPU and some remarkable features to optimize your user experience. 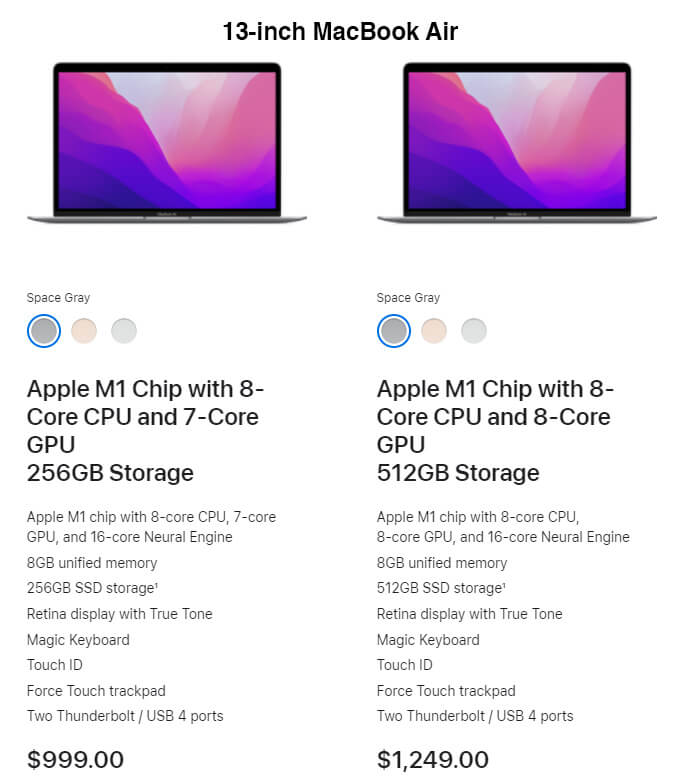 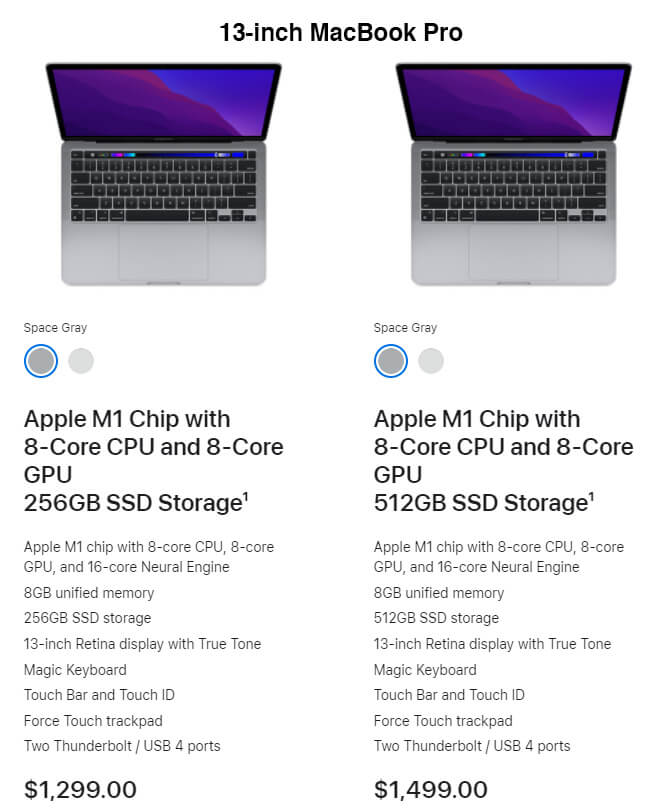 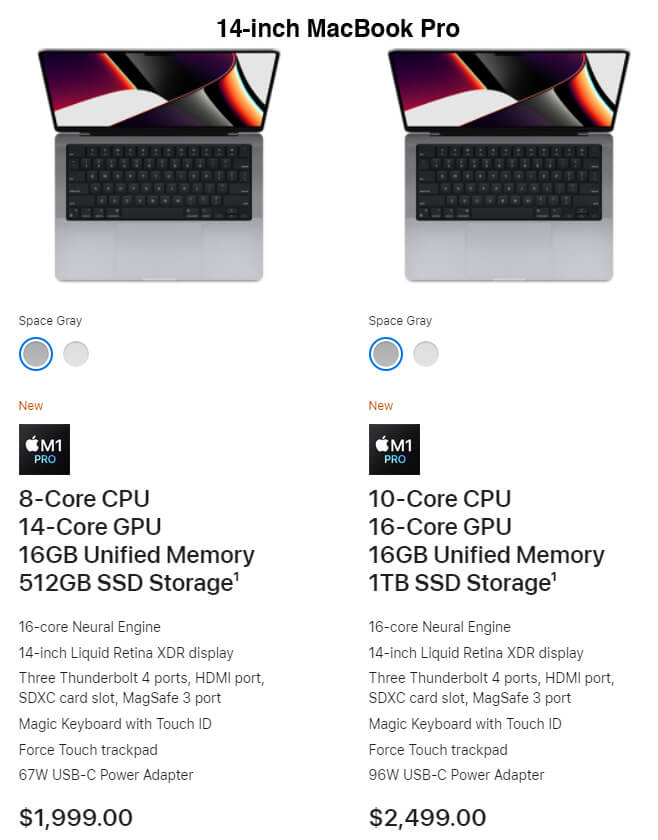 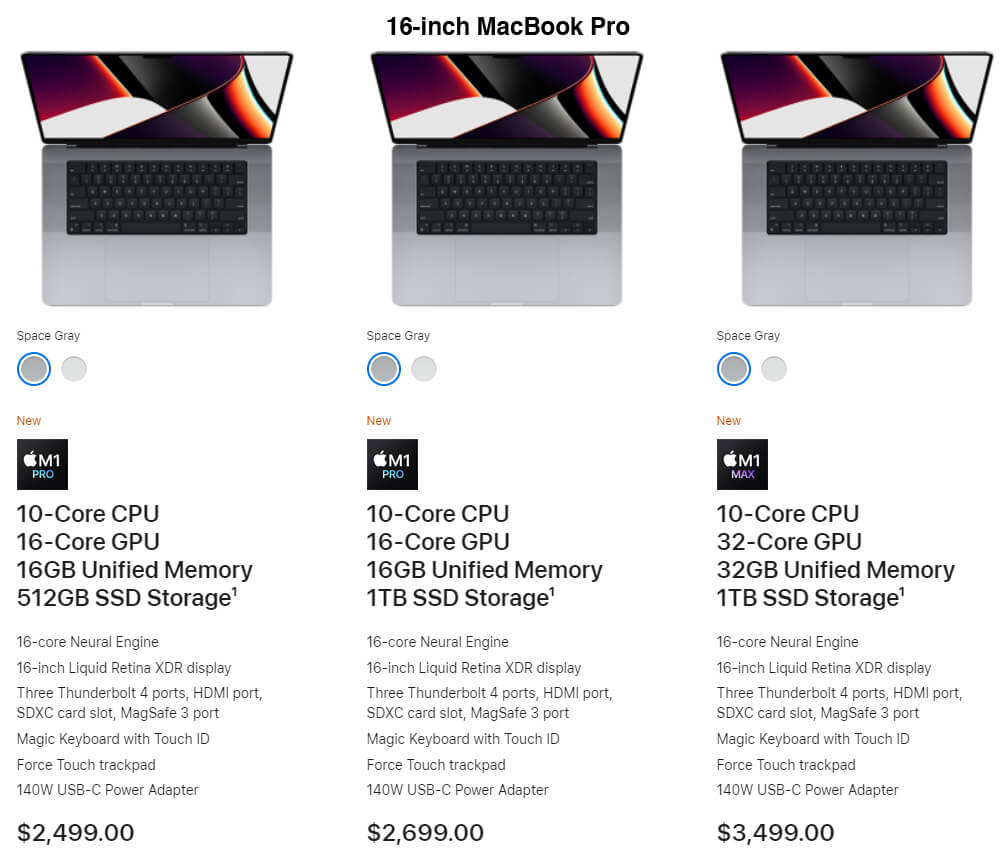 MacBook Air M1 vs. Macbook Pro M1: Which One Gives You The Best Deal?

After the in-depth analysis, I concluded that the winner of the better deal segment goes to MacBook Air M1. It gives you an outstanding value proposal and the performance boost you’ll need in your everyday life.

Despite its positives, the 13-inch MacBook Pro gets outshined by the more recent 14-inch MacBook Pro. Even though the price difference is pretty enormous, I still think the 14-inch variant is the winner of the two.

Lastly, the 16-inch variants should be the ultimate choice for those who don’t compromise anything.

If you want to know the audio quality, just know that you will be impressed.

How is M1-chip distinct from the Intel chip?

The M1 chip is built upon ARM architecture used on iPhones and iPads. On the other hand, the Intel chips used x86 architecture.

Does the Air Version come with a built-in fan?

The MacBook air doesn’t come with any fan. But don’t worry! It doesn’t get very hot and can easily handle any workload.

Can you add extra storage to these MacBooks?

Unfortunately, this is not possible. Because storage is soldered to the logic board of MacBooks released in 2016 and later, you can’t expand internal storage after purchase.

Which M1 MacBook is the best for professionals?

Obviously, the MacBook Pro-16-inch variant. It has all the cutting-edge features that are bound to fascinate any professional.

Hopefully, my Macbook Air M1 vs. Macbook Pro M1 comparison helped you make the right choice. Overall, the gist here is that all these MacBooks have distinct features that set them apart.

Whichever you pick, you’ll get an experience that you won’t forget. People already in the Apple ecosystem will have more options in their hands now.

On the contrary, those who never used an Apple MacBook before, they can get to try something different.

I can promise that these laptops will change your user experience for the better.