I had to make the change from a cable-based Internet connection to a wireless router setup recently and I have a desktop computer that didn’t have a wireless Internet card. I know how these cards work and what they do but instead of just going to the local store or looking on Amazon for the first card I could find I decided to look into this more.

I have been working on computers for several years so there was no need for me to go into a store and ask for the advice of the people there. I usually know more than the assistants do and it is a waste of time for me.

I always find it better to do my own research online and see what is available as computer technology changes at a rapid pace. The result of my extensive research is what you will find in this article. I hope that you find it useful and it will help you to determine which wireless Internet card is right for you.

Before I get to the different types of wireless cards available I think that it is worth explaining why you need one in the first place. I always like to start at this point.

Why you need a Wireless Internet Card

These days, if you get a new Internet connection from an Internet Service Provider (ISP), they will either provide you with a wireless router or recommend that you purchase one. I have always used Ethernet cable connections in the past but it was time for me to join the rest of the 21st century!

I have a desktop computer that is about 3 years old and I didn’t get a wireless Internet card with it. I prefer desktop computers and I actually built my own so I could have the specification that I needed.

In order for me (or you if you are in the same situation) to connect to the Internet via the wireless router, I needed to get a wireless Internet card for my desktop. I discovered that there were a lot of different options here and they were not too expensive so that was a relief.

So what does a wireless Internet card do exactly? Well, it provides your desktop computer with the capability to communicate directly with the wireless router using WiFi. WiFi is a standard for wireless connectivity.

The Different Types of Wireless Cards

When I started to research the different types of wireless Internet cards I realized that there are two important things that you need to be aware of:

If you have a reasonably modern desktop computer like me then you need to look for a PCI-E wireless adapter. The PCI-E standard has been around for some time now but if you have an older desktop then you may find that you need an older format of the card such as PCI. If you are not sure about this then you need to ask someone who has a good knowledge of computers. 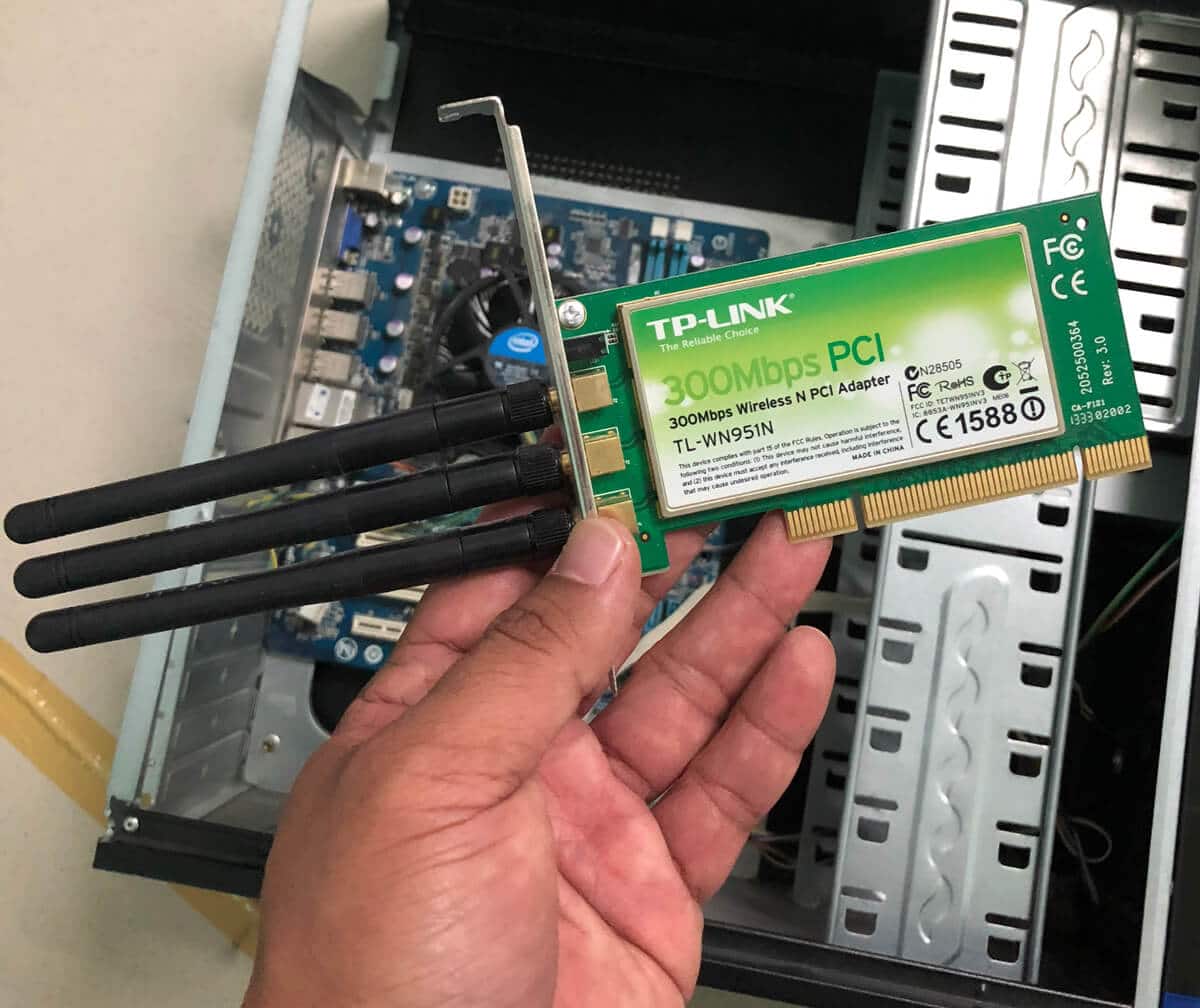 There are a few different names for this type of card and the most common names are:

These are all the same thing, so do not be too concerned about this. The important thing is that the term “wireless” or “WiFi” is in the title. All of these wireless cards will require installation in your computer.

When you are looking for a PCI-E wireless Internet card you need to choose how many antennas you will need. Each card will have at least one antenna that will either be at the back of the card (this will be on the outside of your computer once the card is installed) or an external antenna base with an extension cable that plugs into the PCI-E card.

How many antennas do you need? Well, this will depend on how far away your desktop computer is from the wireless router. If your computer is some distance away then it is likely you will need more than one antenna. These days’ most of the PCI-E cards have two antennas but you can get cards with three or even four antennas.

Some PCI-E card manufacturers will give you an approximate maximum distance that their card can communicate effectively with a wireless router. Take this with a grain of salt. I made the mistake of relying on this and purchased a card with two antennas because my desktop was some distance away and it didn’t work properly.

You want as stable a connection with your wireless router and the Internet as you can so paying a few extra dollars for three antennas is certainly worth it. It is also a real pain sending back cards (I purchased on Amazon) and replacing this with a three-antenna card.

All PCI-E wireless Internet cards will have a maximum transmission speed measured in Megabits per second (Mbps). You will see cards that range from speeds of 150 Mbps, 300 Mbps, 600 Mbps and others that have speeds of 1,200 Mbps.

How important is this? Well, the good news here is that most PCI-E wireless Internet cards are reasonably cheap (between $10 and $40) and usually it doesn’t cost much more for the higher speed cards so I would always recommend that you get the fastest card possible.

There are two modern WiFi standards which are 2.4 GHz at 300 Mbps and 5 GHz at 867 Mbps. Your wireless router is likely to support one or both of these standards. It should tell you somewhere on the wireless router what it is capable of. If it supports both standards then this is called “dual-band”.

There are many “dual-band” PCI-E wireless cards available. If you cannot determine the standards used by your wireless router then go for a dual-band card. Again there is not that much difference in price and it is better to cover all of your bases here.

Sometimes PCI-E wireless Internet cards will have a couple of other features. A popular feature at the moment is the inclusion of Bluetooth capability. A lot of laptops have Bluetooth built-in and most modern mobile devices have this as well. If you think that having Bluetooth functionality with your desktop will be useful then look for a card with this feature.

Another useful feature is an extendable mounting base. With a normal PCI-E wireless Internet card, the antennas reside at the back of the card. A lot of people have tower-based desktop computers under desks and this means that the antennas will have significantly reduced line of sight with your wireless router.

With the extendable base feature, the antennas are mounted on a separate base that plugs into your PCI-E card by means of a long cable. With this arrangement, you can place the antenna base on your desk or anywhere to achieve a better line of sight with your wireless router.

You will need to open up your computer and install the PCI-E card into a spare slot on the motherboard. The card needs fixing securely to the computer casing by means of a single screw. This is not as difficult as it sounds but if you are concerned then get an experienced person to help you. Be sure to turn your computer off before installing the card.

Although these are not cards they do perform the same job as a PCI-E wireless Internet card. As the name suggests, all you need to do with these USB wireless adapters is to plug them into a free USB port on your desktop and then configure the device with the right drivers from the supplied CD.

The major advantage of using a USB wireless adapter is that it is quick and easy to get going with it. You don’t have to open your computer to install it. They are usually a little bit cheaper than PCI-E cards as well. 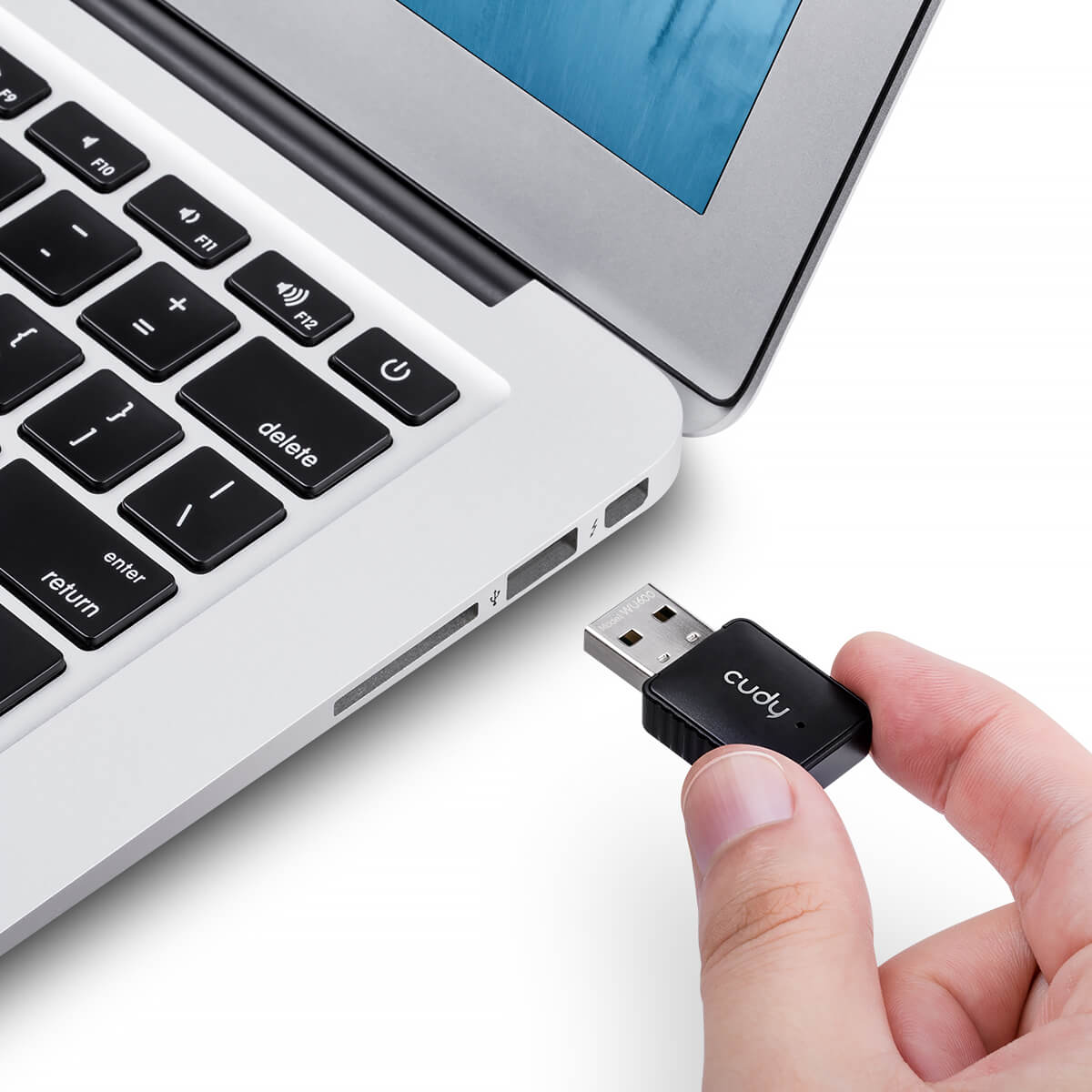 You can certainly purchase a USB wireless adapter that does have an antenna but it will only have one. This may not be enough if your desktop is some distance away from the wireless router.

If you want to go for a USB wireless adapter then look out for the transmission speed and also the WiFi standards that it supports (is it dual-band?). For the maximum performance, I would recommend the PCI-E wireless Internet card.

I hope that this article has helped you to decide what wireless Internet card is the best solution for you. Don’t take a chance on signal strength. Go for three antennas or even four if you believe that the distance warrants this. It is no use having the fastest card if you cannot communicate properly with the wireless router.